While finishing up the final photographs for my small game series over the past year, I Begin thinking about how the work was engaged by and informed through its connection to the landscape. Much of the work dealt with either the seasonal changes that occurred over the span of 5 years, or with what transpires upon the landscape via structures and long walks.

I came across several abandoned duck blinds scattered around the various areas on the property I inhabit. While photographing them, I noticed and subsequently gathered the many spent shotgun shells that signaled its’ former (and sometimes current) use.

Wanting to find a metaphor that signaled the hunting ritual connection to making photographs and to events that have transpired on the landscape for generations.

These remnants in various stages of decay and weathered condition embodied both the formal and conceptual concerns that my work has investigated over the past few years. I created a white box hood for a flatbed scanner and lay the actual shell directly on the glass. This gave me a high resolution image, as well as the subsequent direct effects of the depth of field consequences of a film based camera. I decided to print them in various sizes, and in doing so, found that the shell inhabited various guises, both anamorphic as well as prescribed. 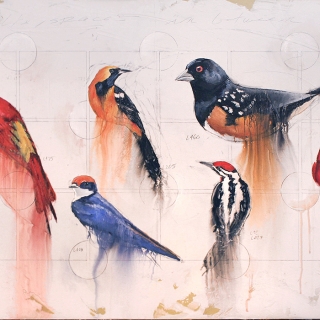 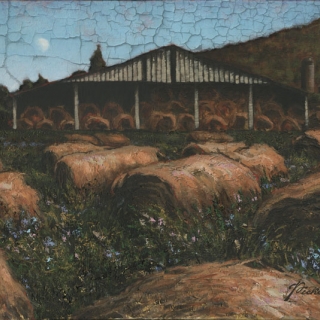 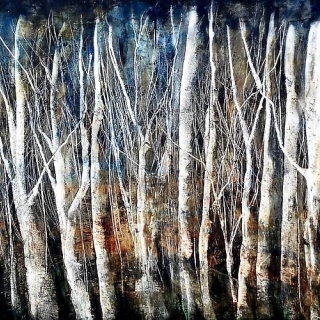 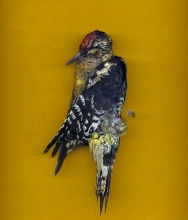